I’ve tried almost every Arch Linux package manager. I can’t be certain I’ve tried every one because every day two new ones pop up. Exhibit A. 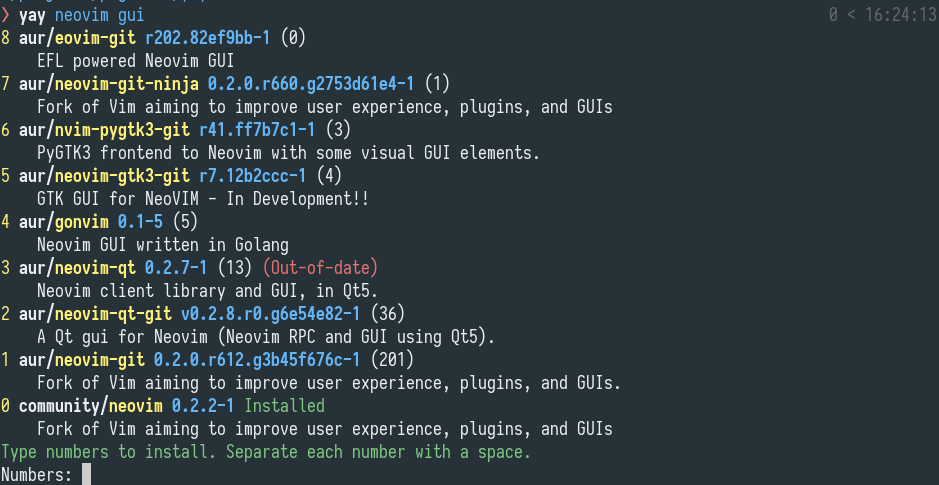 Having the repository packages displayed first saves me more time than any optimization I could do to searching and downloading. 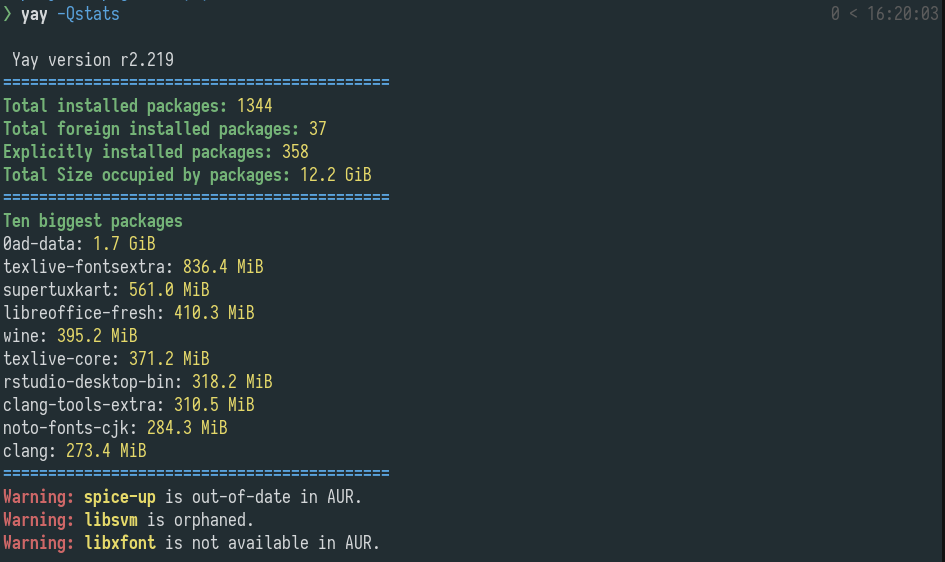 Being written in Go, a very opinionated language, makes for a opinionated AUR helper.
Yay is always eager to warn when a package is orphaned or out-of-date. I also like lean systems therefore yay shows you the biggest bloat in your system (it’s written using node, I promise :) ).

In a future version, yay will warn when a package changes maintainer or it’s source baseurl changes.

The next big feature to implement in yay will be following git commits in packages named *-git or whose source url is a git repo.